Searchin’ for a Rainbow…

Jack FM is ready to find that pot o’ gold with the ICONIC classic southern rock band Marshall Tucker Band! Catch the Marshall Tucker Band as they debut at the Kettlehouse Amphitheater Sunday July 18th! Tickets are on sale Thursday May 27th HERE or you can sign up for Wednesdays pre-sale HERE!

Wanna come along to the show? Jack wants to bring along two listeners and their plus ones to the Marshall Tucker Band Sunday July 18th at the Amp, enter to win one of our two pairs of GA lawn tix HERE. Just click that link, fill in your info and we’ll select two winners at random Friday 6.4.21! Good luck and thanks for tuning in to Jack FM 105.9 Missoula! 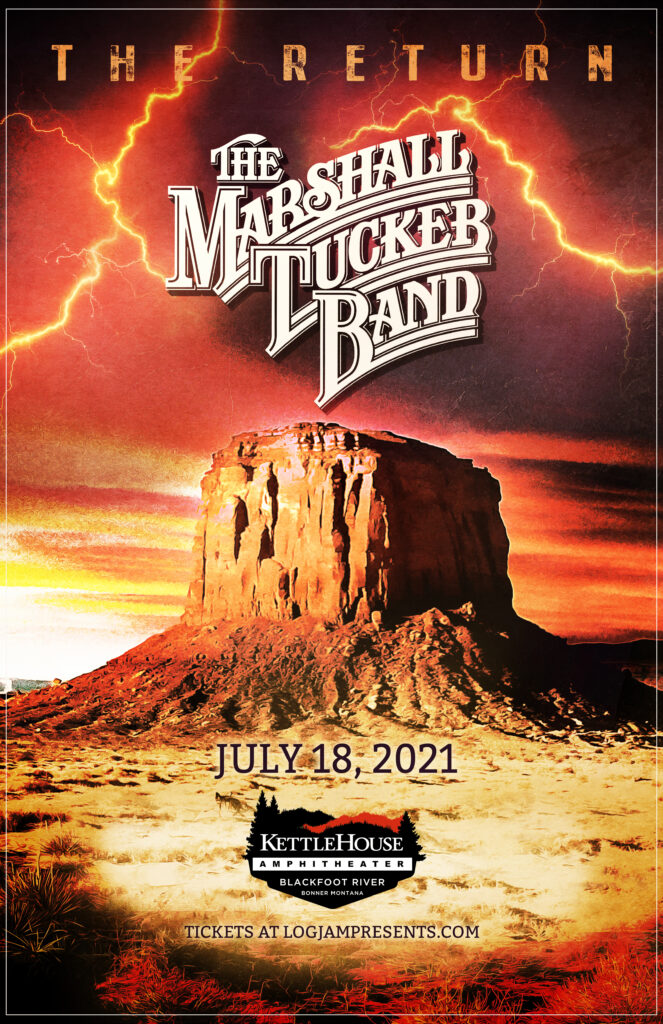 Who else is ready to party with ZZ TOP?

Jack FM 105.9 Missoula is very excited to party with the longest running rock n roll trio, the lil band from Texas, ZZ TOP! Logjam Presents is welcoming them to the Kettlehouse Amphitheater, near Missoula along the banks of the Blackfoot River Saturday August 21st.

Wanna come along to this SOLD OUT show? Come party with the well dressed gents and fill out our form for a chance at one of two pairs of GA lawn tix to see ZZ TOP! HERE’S THE LINK AND GOOD LUCK!

JACK FM 105.9 Missoula is losing it friends….if you haven’t heard yet. GUNS N’ROSES will be making a stop in Montana this summer ending their  tour at Washington Grizzly Stadium, Wednesday August 26th! THIS IS NOT A DRILL Jack heads! Tickets go on sale THIS Friday, click the link HERE to learn more about presale, tickets etc. But can you WIN tickets? Of course your buddy Jack FM 105.9 will be giving away tickets! We’re looking forward to some listeners serenading us for the chance at tickets to one of the biggest shows this summer! How do you win?

Call in to Jack FM 105.9 Missoula, at 406-848-1059, leave us a message serenading us with your favorite Guns N’Roses song! Sing for your tickets! You don’t have to sing the whole darn thing but have fun and be sweet, child o mine…We’ll notify winners and will pick our favorite messages to share on air! PLUS winners walk away with a pair of tickets to the biggest rock and roll event of the summer. 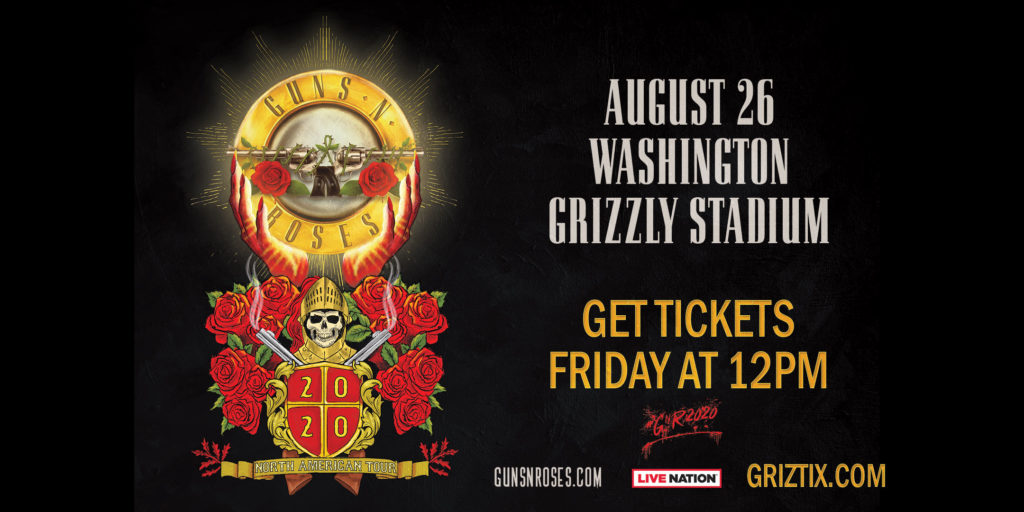 “Los Angeles, CA (February 3, 2020) – Today rock and roll legends Guns N’ Roses announced North American dates as part of their epic 2020 worldwide stadium tour this summer. The powerhouse performers will bring their uninhibited signature sound and dominance to millions of fans across the globe starting this March in Mexico City. The colossal Guns N’ Roses 2020 Tour will steamroll through Toronto, Chicago, Atlanta, Los Angeles, Lisbon, London, Prague and so many more. GNR will be the first ever rock band to perform at the long-awaited Los Angeles SoFi Stadium and will hit MetLife Stadium on the opposite coast, home of the New York Giants and New York Jets.

The iconic rock heroes will show off their vast catalogue of hits on the road including “Welcome to the Jungle,” “Paradise City,” “Sweet Child o’ Mine,” and “November Rain.” Today’s announcement comes on the heels of the band’s first show of the decade at Super Bowl Music Fest that invaded Miami this weekend.

In 2016 Axl Rose, Slash, and Duff McKagan shocked and thrilled fans around the world after revealing they were reuniting for their now historic Not In This Lifetime Tour. The band brought endless energy to over 150 shows, playing for more than 5.5 million fans worldwide.  Produced and promoted by Live Nation, the Not In This Lifetime Tour was crowned the third highest grossing outing of all time.

About Guns N’ Roses
Following the group’s 1985 formation, Guns N’ Roses injected unbridled, unrivalled, and unstoppable attitude into the burgeoning Los Angeles rock scene. The spirit went on to captivate the entire world with the release of their 1987 debut Appetite for Destruction –the best-selling U.S. debut ever, moving 30 million copies globally.  In 1991, the seven-time platinum Use Your Illusion I and Use Your Illusion II occupied the top two spots of the Billboard Top 200 upon release. Over the course of the past decade, Guns N’ Roses have performed sold out shows and headlined festivals worldwide following the critically acclaimed release of 2008’s RIAA platinum-certified Chinese Democracy. Six studio albums later, Guns N’ Roses are one of the most important and influential acts in music history, and continue to set the benchmark for live performances connecting with millions of fans across the globe. Guns N’ Roses’ are Axl Rose (vocals, piano), Duff McKagan (bass), Slash (lead guitar), Dizzy Reed (keyboard), Richard Fortus (rhythm guitar), Frank Ferrer (drums), and Melissa Reese (keyboard).  ”