Don’t miss this ICON of modern music, it’s HERBIE HANCOCK, taking the stage of the Kettlehouse Amphitheater Monday September 20th! Even if you think you have never heard of Herbie Hancock, you’ve heard his music. Herbie Hancock has paved the way for others with his work with vocoders, his influence on modern electronic music, jazz, funk, soul, it’s all been touched by Herbie Hancock. Jack FM 105.9 Missoula is excited to welcome Herbie Hancock to Montana and will be giving away 5 pairs of tickets to some lucky listeners, enter to WIN tickets HERE Jack will draw 5 winners at random and will notify them Friday 9.17! Good LUCK!

You can catch this modern Mozart live here in Montana, at the Kettlehouse Amphitheater, Monday September 20th. Learn more and purchase tickets HERE 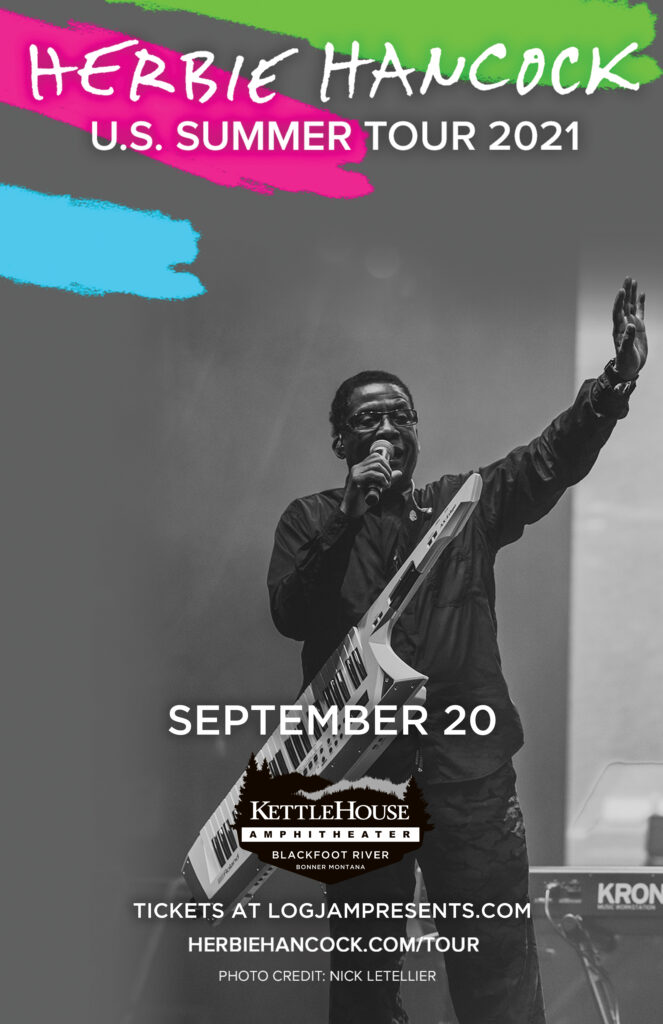 Herbie Hancock is a true icon of modern music. Throughout his explorations, he has transcended limitations and genres while maintaining his unmistakable voice. With an illustrious career spanning five decades and 14 Grammy® Awards, including Album of the Year for River: The Joni Letters, he continues to amaze audiences across the globe.

There are few artists in the music industry who have had more influence on acoustic and electronic jazz and R&B than Herbie Hancock. As the immortal Miles Davis said in his autobiography, “Herbie was the step after Bud Powell and Thelonious Monk, and I haven’t heard anybody yet who has come after him.”

Born in Chicago in 1940, Herbie was a child piano prodigy who performed a Mozart piano concerto with the Chicago Symphony Orchestra at age 11. He began playing jazz in high school, initially influenced by Oscar Peterson and Bill Evans. He also developed a passion for electronics and science, and double-majored in music and electrical engineering at Grinnell College.

In 1960, Herbie was discovered by trumpeter Donald Byrd. After two years of session work with Byrd as well as Phil Woods and Oliver Nelson, he signed with Blue Note as a solo artist. His 1963 debut album, ‘Takin’ Off’, was an immediate success, producing the hit “Watermelon Man.”

In 1963, Miles Davis invited Herbie to join the Miles Davis Quintet. During his five years with Davis, Herbie and his colleagues Wayne Shorter (tenor sax), Ron Carter (bass), and Tony Williams (drums) recorded many classics, including ‘ESP’, ‘Nefertiti’ and ‘Sorcerer’. Later on, Herbie appeared on Davis’ groundbreaking ‘In a Silent Way.’

Herbie’s own solo career blossomed on Blue Note, with classic albums including ‘Maiden Voyage’, ‘Empyrean Isles’, and ‘Speak Like a Child’. He composed the score to Michelangelo Antonioni’s 1966 film ‘Blow Up’, which led to a successful career in feature film and television music.

After leaving Davis, Herbie put together a new band called The Headhunters and, in 1973, recorded ‘Head Hunters.’ With its crossover hit single “Chameleon,” it became the first jazz album to go platinum. By mid-decade, Herbie was playing for stadium-sized crowds all over the world and had no fewer than four albums in the pop charts at once. In total, Herbie had 11 albums in the pop charts during the 1970s. His ’70s output inspired and provided samples for generations of hip-hop and dance music artists. Herbie also stayed close to his love of acoustic jazz in the ’70s, recording and performing with VSOP (reuniting him with his Miles Davis colleagues), and in duet settings with Chick Corea and Oscar Peterson.

In 1980, Herbie introduced the trumpeter Wynton Marsalis to the world as a solo artist, producing his debut album and touring with him as well. In 1983, a new pull to the alternative side led Herbie to a series of collaborations with Bill Laswell. The first, ‘Future Shock’, again struck platinum, and the single “Rockit” rocked the dance and R&B charts, winning a Grammy for Best R&B Instrumental. The video of the track won five MTV awards. ‘Sound System’, the follow-up, also received a Grammy in the R&B instrumental category.

Herbie won an Oscar in 1986 for scoring the film “‘Round Midnight”, in which he also appeared as an actor. Numerous television appearances over the years led to two hosting assignments in the 1980s: “Rock School” on PBS and Showtime’s “Coast To Coast”.

After an adventurous 1994 project for Mercury Records, ‘Dis Is Da Drum’, he moved to the Verve label, forming an all-star band to record 1996’s Grammy-winning ‘The New Standard’. In 1997, an album of duets with Wayne Shorter, ‘1+1’, was released.

Herbie reunited with Bill Laswell to collaborate with some young hip-hop and techno artists on 2001’s FUTURE2FUTURE. He also joined with Roy Hargrove and Michael Brecker in 2002 to record a live concert album, ‘Directions In Music: Live at Massey Hall’, a tribute to John Coltrane and Miles Davis.

‘Possibilities’, released in August 2005, teamed Herbie with many popular artists, such as Sting, Annie Lennox, John Mayer, Christina Aguilera, Paul Simon, Carlos Santana, Joss Stone and Damien Rice. That year, he played a number of concert dates with a re-staffed Headhunters, and became the first-ever Artist-In-Residence at the Tennessee-based festival Bonnaroo.

Vinnie Colaiuta and co-produced by Larry Klein. He enlisted vocalists Norah Jones, Tina Turner, Corinne Bailey Rae, Luciana Souza, Leonard Cohen and Mitchell herself to perform songs she wrote or was inspired by. The album received glowing reviews and was a year-end Top 10 choice for many critics. It also garnered three Grammy Awards, including Album of the Year; Herbie is one of only a handful of jazz musicians ever to receive that honor.

Herbie Hancock also maintains a thriving career outside the performing stage and recording studio. Recently named by the Los Angeles Philharmonic as Creative Chair For Jazz, he currently also serves as Institute Chairman of the Herbie Hancock Institute of Jazz, the foremost international organization devoted to the development of jazz performance and education worldwide. Hancock is also a founder of The International Committee of Artists for Peace, and was awarded the much esteemed “Commandeur des Arts et des Lettres” by French Prime Minister Francois Fillon.

In July of 2011 Hancock was designated a UNESCO Goodwill Ambassador by UNESCO Director-General Irina Bokova. Recognizing Herbie Hancock’s “dedication to the promotion of peace through dialogue, culture and the arts,” the Director-General has asked the celebrated jazz musician “to contribute to UNESCO’s efforts to promote mutual understanding among cultures, with a particular emphasis on fostering the emergence of new and creative ideas amongst youth, to find solutions to global problems, as well as ensuring equal access to the diversity of artistic expressions.” UNESCO’s Goodwill Ambassadors are an outstanding group of celebrity advocates who have generously accepted to use their talent and status to help focus the world’s attention on the objectives and aims of UNESCO’s work in its fields of competence: education, culture, science and communication/information.

In December of 2013, Hancock was the recipient of a prestigious Kennedy Center Honor, and in 2014 he was was named the 2014 Norton Professor Of Poetry at Harvard University, completing his lectures series, “The Ethics Of Jazz,” as part of the Charles Eliot Norton Lecture Series for a period of six weeks. His memoirs, Herbie Hancock: Possibilities, were published by Viking in 2014, and in February 2016 he was awarded the Grammy Lifetime Achievement Award. A member of The American Academy of Arts and Sciences, Hancock is currently in the studio at work on a new album.

Now in the sixth decade of his professional life, Herbie Hancock remains where he has always been: in the forefront of world culture, technology, business and music. Though one can’t track exactly where he will go next, he is sure to leave his inimitable imprint wherever he lands. 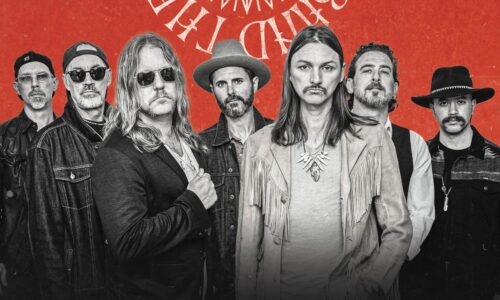 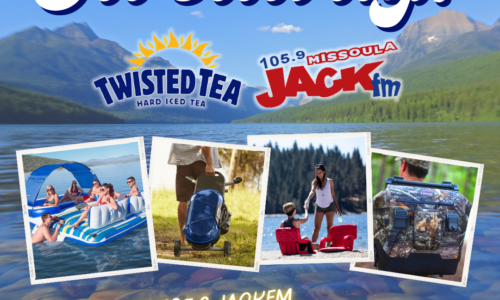